i.lab is an innovation consulting firm for creating and realizing innovation. It was founded in 2011 by the University of Tokyo i.school’s team of directors. i.lab is, where the University of Tokyo i.school utilizes the knowledge of innovation educational institutions along with professional organizations around the world, and creates its own evolved idea creation and management ideologies to provide consulting services.
General consulting firms concentrate on project design and management, but at i.lab, we also commit ourselves to creating ideas.
The projects of i.lab are not only about science and technology - while placing importance on the perspective of people, we create products, services, and businesses that lead to innovation. In addition, we also engage in consulting work to build a framework for innovation for business process design and organizational reform so that continuous and effective new products, services and business are effectively created within the client company.
As for project implementation, making full use of our domestic and international network, we will implement projects with optimal members comprised of specialized and interdisciplinary consultants, designers and creators. Members with diverse backgrounds will, for the idea generation process that is based on the best academic knowledge, continue to create ideas that are new and people-centered. 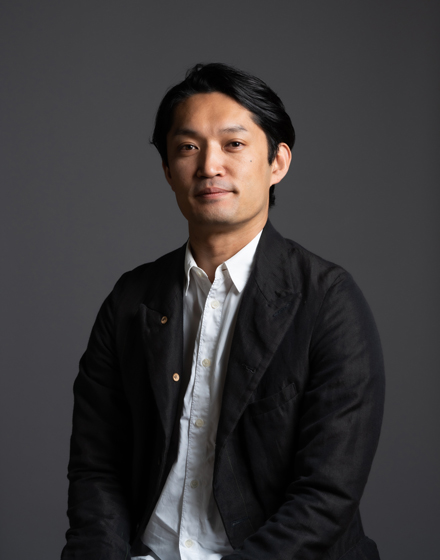 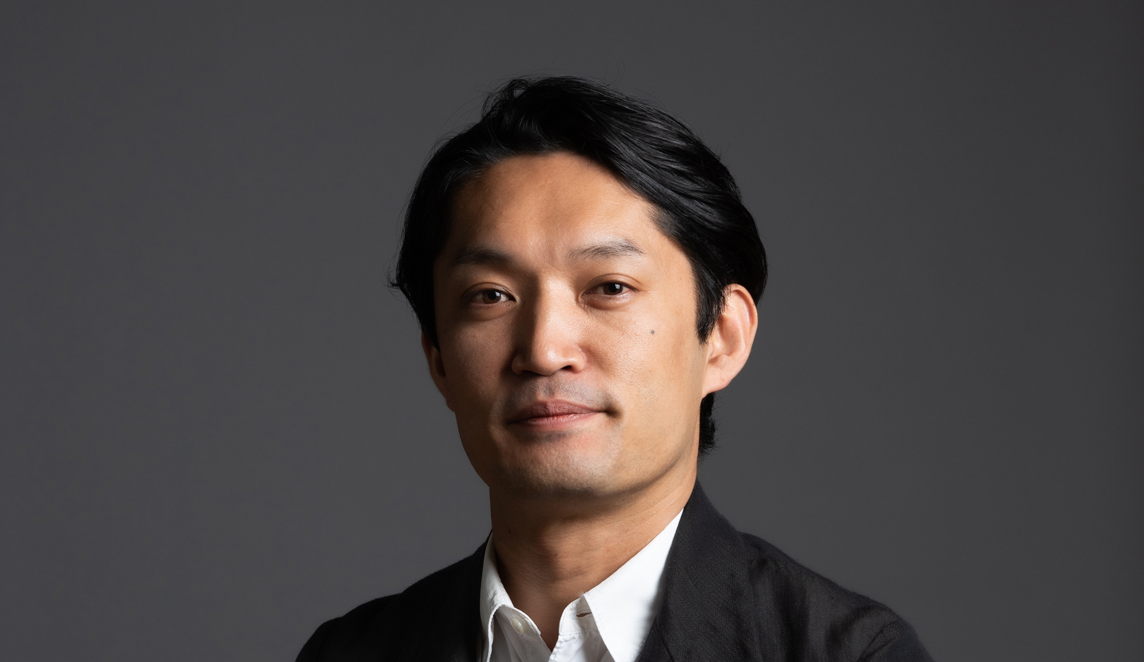 Director of i.school. After graduating with a degree from the Kyushu University Faculty of Science's Department of Physics and obtaining a master's degree in condensation science from the Kyushu University Graduate School of Science, he dropped out of the Doctoral Program in Department of Advanced Interdisciplinary Studies at the University of Tokyo's Graduate School of Engineering. After obtaining his master's degree, he began working on management consulting at Nomura Research Institute. In 2013, he became the director of the University of Tokyo's i.school, a global pioneering institute of innovation education, taking responsibility for its overall activity management. Specializing in process design and management techniques for fostering innovation, he is engaged in consulting as well as practical research and educational activities. His recent works include "Innovation Path" (Nikkei Business Publications). 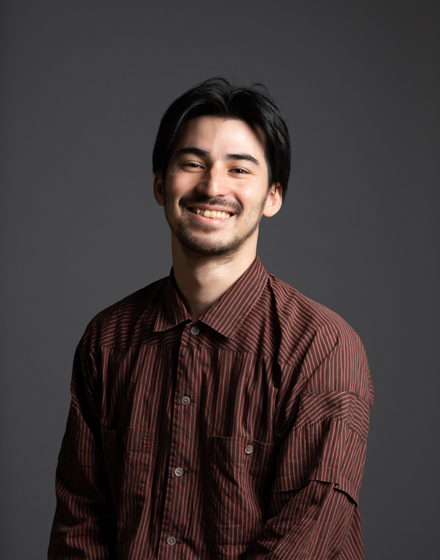 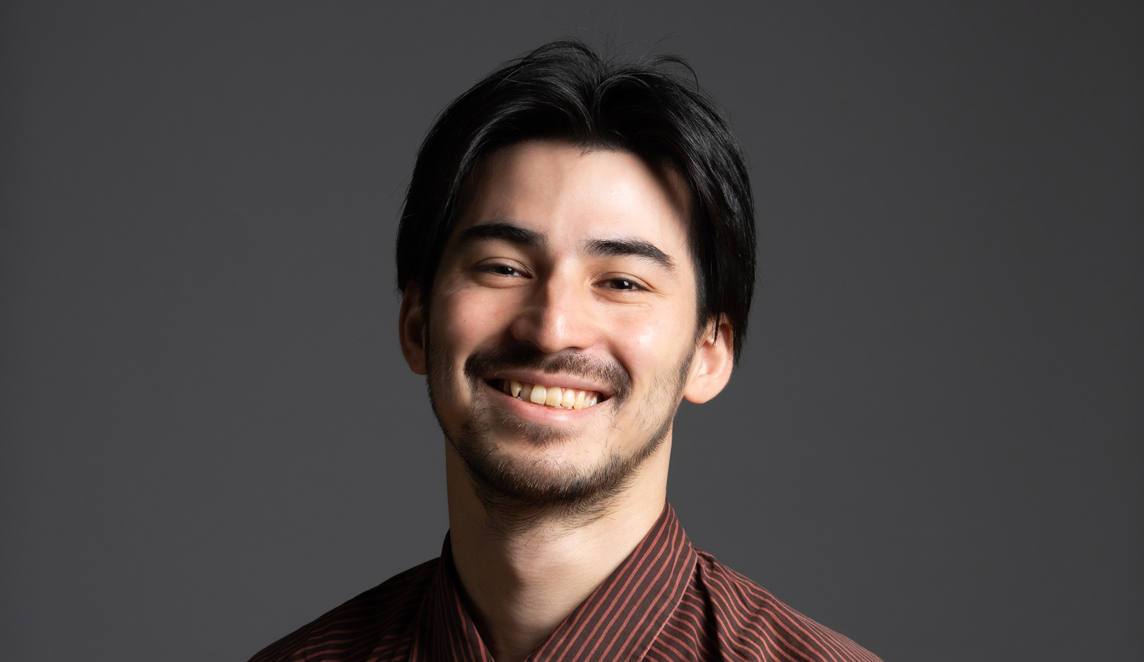 Enrolled in Glasgow School of Art, Department of Product Design, where he obtained Master of European Design. As part of the programme he enrolled in two exchange programs at Koln International School of Design, Intergrated Design and Aalto university, Industrial and Strategic Design. Worked at an industrial design consultancy, DCA International in Warwick, UK as a Design Researcher. Returning to Japan, he worked for mct.inc where he lead many global user research and product design projects. More recently, he has worked as a Experience designer for R/GA Tokyo, during which he was engaged in designing new apps, websites and digital experiences including Beyond Time installation for Shiseido. Now working at i.lab inc as A Experience Designer. 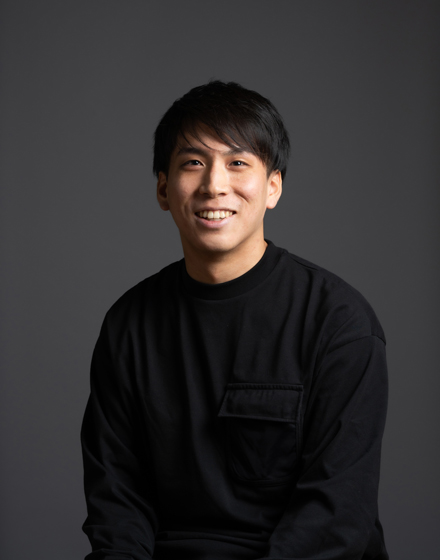 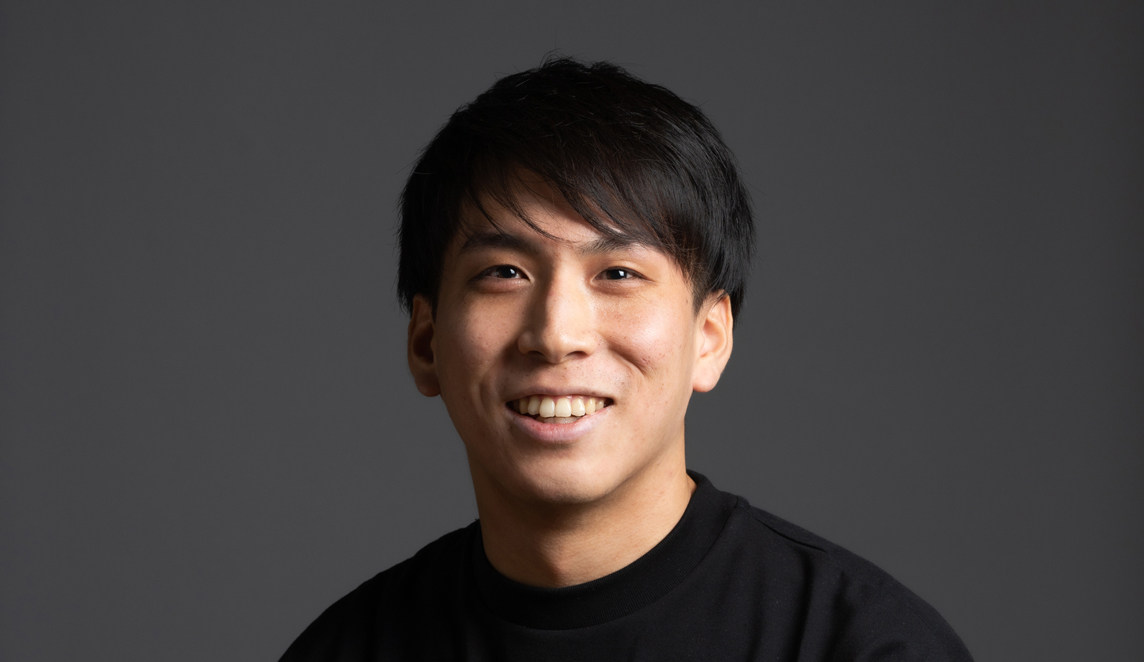 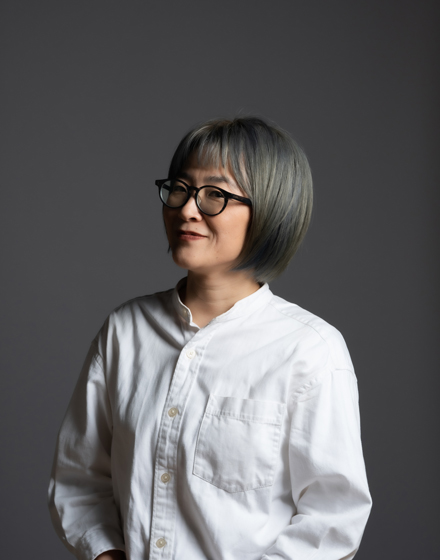 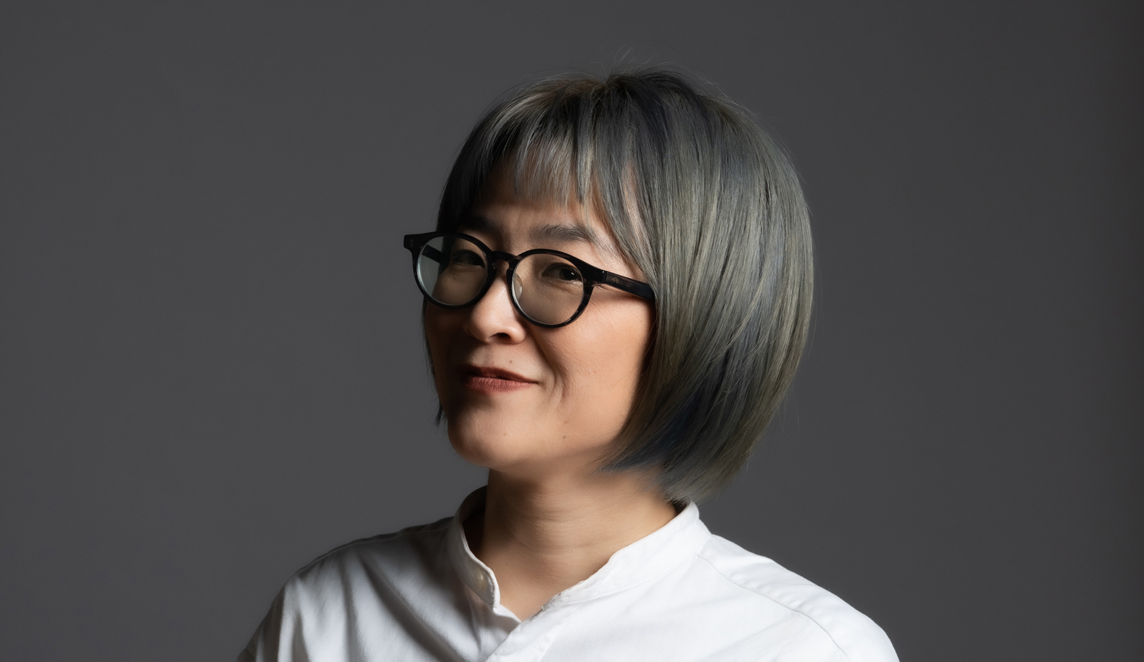 Obtained Master's degree in Fine Arts, Design for Social Innovation, School of Visual Arts, New York (2018). She also completed and obtained Master of Pratiques Sociales du développement from the Université Panthéon-Sorbonne (2006). After graduating the Faculty of Education, Waseda University (2004), she spent eight and a half years traveling between Tokyo and seven countries in Africa and the Middle East. After that, she worked three years at an advertising design production and engaged in companies' advertising key visuals, copywriting, etc. Currently, she works in parallel with her individual businesses, such as rebranding and corporate identity design for startups in Japan, Germany and Myanmar. Recipient of the Joint Japan/World Bank Graduate Scholarship Award (JJ/WBGSP, 2017). 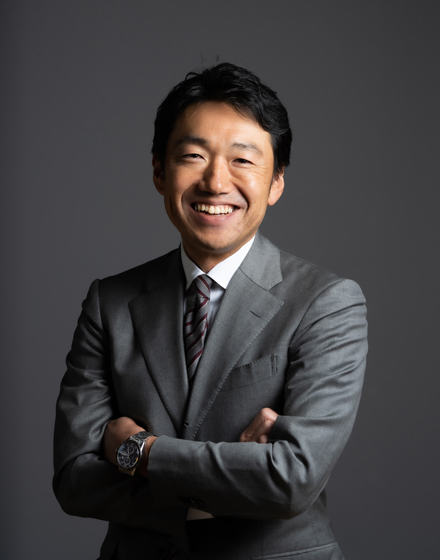 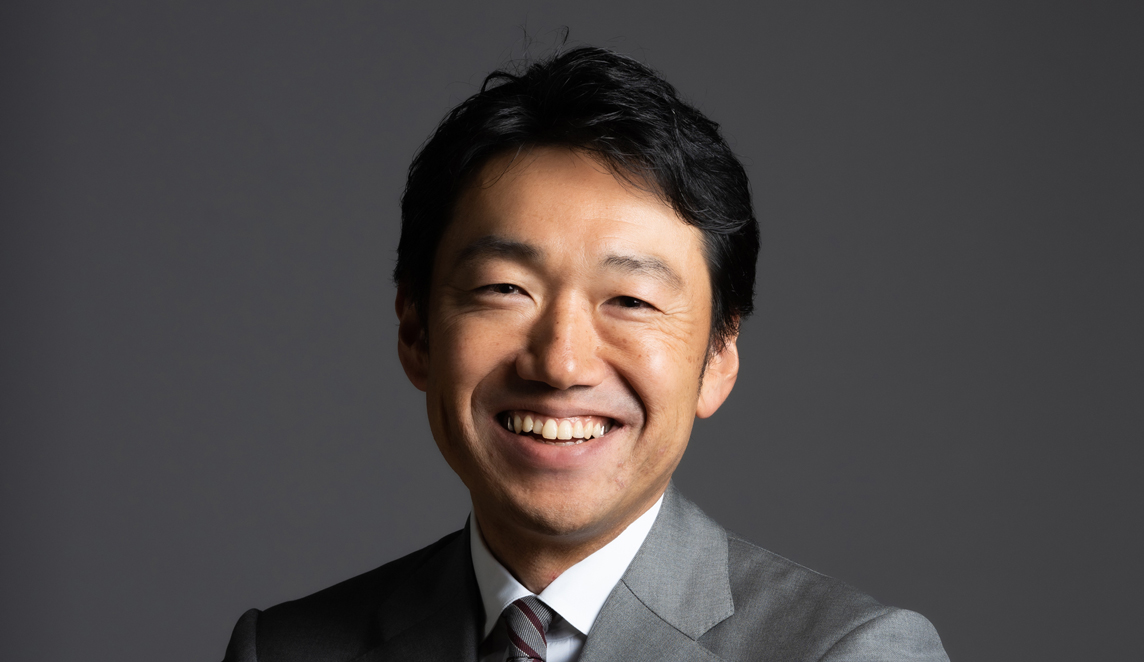 Obtained a master’s degree from Department of General Systems Studies at the University of Tokyo. Mainly engaged in innovation strategies and policy establishments after joining Mitsubishi Research Institute. He joined the Future Group in May 2017 where he established a strategy consulting department. At the department he promotes Strategy x IT led business transformation consulting for the manufacturing and logistics industries. He was promoted as a director when i.lab joined the Future Group in Dec 2019. 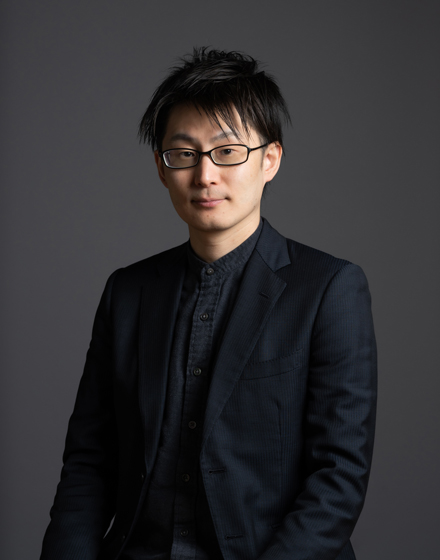 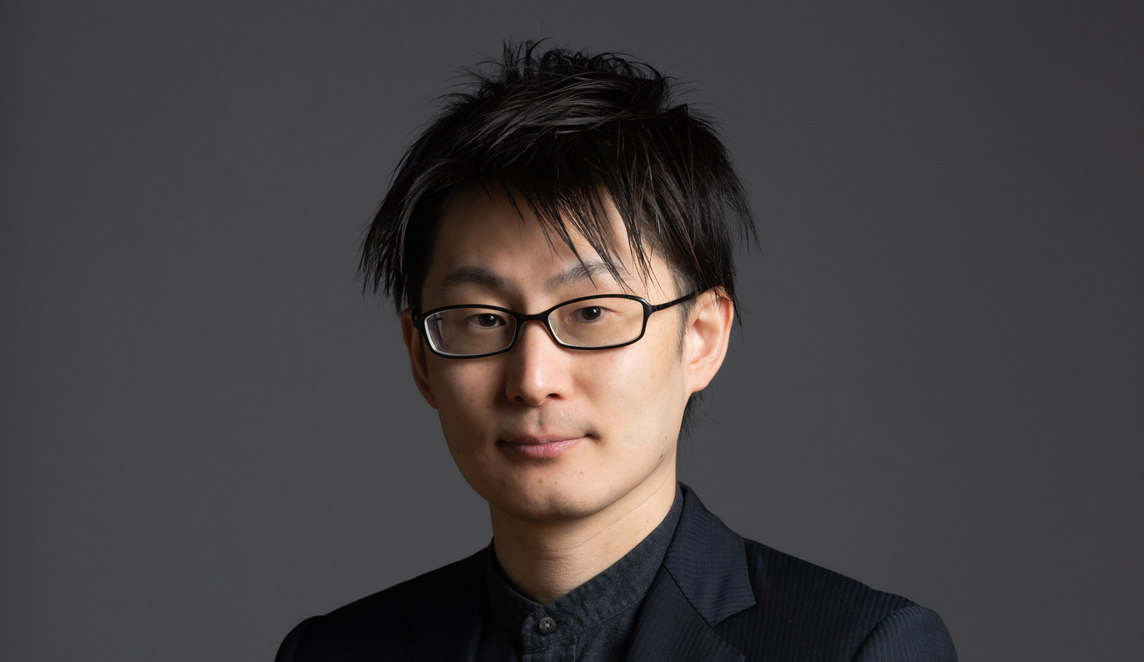 Graduated from School of Informatics and Mathematical Sciences at the Kyoto University. Subsequently joined Future Architect as an IT consultant, where he engaged in designing core technologies and system architectures that support large-scale systems, and promoting client IT strategies. He is specialized in promoting business reform based on technology / application construction / data modeling / system migration promotion. He was promoted as a director when i.lab joined the Future Group in Dec 2019.

Obtained a master's degree in Construction Engineering from the Graduate School of Engineering at Shibaura Institute of Technology. Worked at the design firm NOSIGNER as a space designer and product designer after graduation. Engaged in the design of Mozilla Japan's office spaces and the ACG Asahi Glass installation at Milan Design Week as well as a variety of other projects ranging from urban planning to traditional industries, regional activities, product development and corporate branding. Now pursuing his personal activities in parallel with his current position. Recipient of the Minoru Nagahara Award at the 2017 International Furniture Design Fair Asahikawa.

Graduated with a degree in Economics from Fukuoka University. Worked at Nomura Securities Co,Ltd. and Mitsui & Co Global Strategic Studies Institute after graduation. Involved in new business development on a company-wide basis in innovation promotion team in corporate planning & strategy division in 2012 and became a head of Innovation Lab Project “Karugamo Works” in 2014 at Mitsui & Co. Now working at i.lab inc with the expertise in new business generation and investment.

After graduating from Okayama University with a B.A. in Economics, he worked at TIS, Inc. and Mitsubishi Research Institute, Inc. for 12 years before joining WingArc1st Inc. in 2018. He currently holds multiple positions: an academic committee member of the Tokyo Chamber of Commerce and Industry, a researcher at the Institute for Service Innovation Studies of Meiji University, a member of the Cross-ministerial Strategic Innovation Promotion Program, and as a principal researcher at Garage Sumida Institute. He has also organized several technical communities. His recent publications include 'The Latest Strategy in DX Marketing' and 'Textbook of the Latest in Marketing 2021' (both co-authored by Nikkei Business Publications).

Executive Vice President of Restore Vision Inc. Mr. Miyazaki oversees and manages business operations including IP and financial matters. Prior to joining Restore Vision in March 2020, he worked on multiple venture projects as a financial manager, such as for sleep tech and chemical materials, and most notably as a co-founder/director and vice president at Challenergy Inc., a typhoon power generation startup, after working for Leave a Nest Co., Ltd. Before working with startups from 2014, he started his career at Development Bank of Japan where he engaged in investment and lending as well as evaluation and certification of corporate non-financial information. Mr. Miyazaki graduated from the Kyushu University Faculty of Law with a major in Intellectual Property Law. He joined i.lab in August 2019 in efforts to building an innovation ecosystem promoting commercialization of research and development.

At i.lab, we are also actively engaged with outside experts who are at the top in the innovation field in the world, to carry out practical research activities, for the evaluation and implementation of products, services, and business ideas, establishing ourselves with a system where we can obtain a wide variety of knowledge and opportunities. 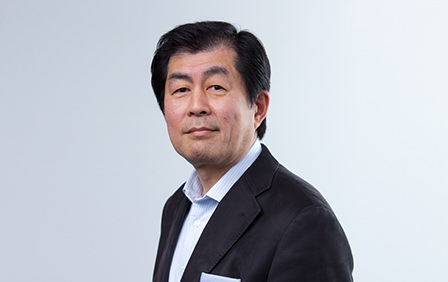 Graduated from Department of Civil Engineering, University of Tokyo in 1980, graduated with master's degree, doctorate from Northwestern University. Specializing in social technology theory, international project theory, innovation education theory. As i.school executive director, he oversees the i.school management. As center director of the Center for Knowledge Structuring, University of Tokyo, he promotes research and development on the theme of structured and value of knowledge to be distributed. Author of “Social technology for problem solving" (Chuko Shinsho), "Social Technology Theory: design of problem-solving” (University of Tokyo Press) and others. 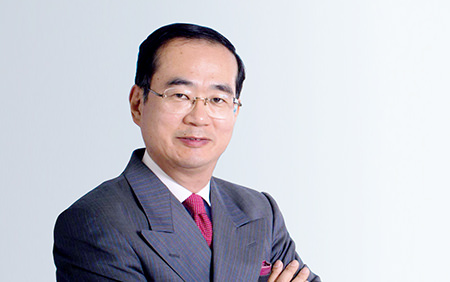 Director, The Japan Academy of Family Business. PhD, certified public accountants, securities analysts. After working at Nomura Research Institute and JAFCO, he established an independent venture capital firm Global Venture Capital where he currently serves as chairman. Achieved successful investments within venture companies not only in Japan but also overseas such as in the United States, India, Britain, and China. Has leadership experience in managing numerous startup businesses. From 2012, he began teaching entrepreneurship at Waseda Business School as a professor, and together with the appointment to various government committees, he is putting in efforts to develop a venture ecosystem.